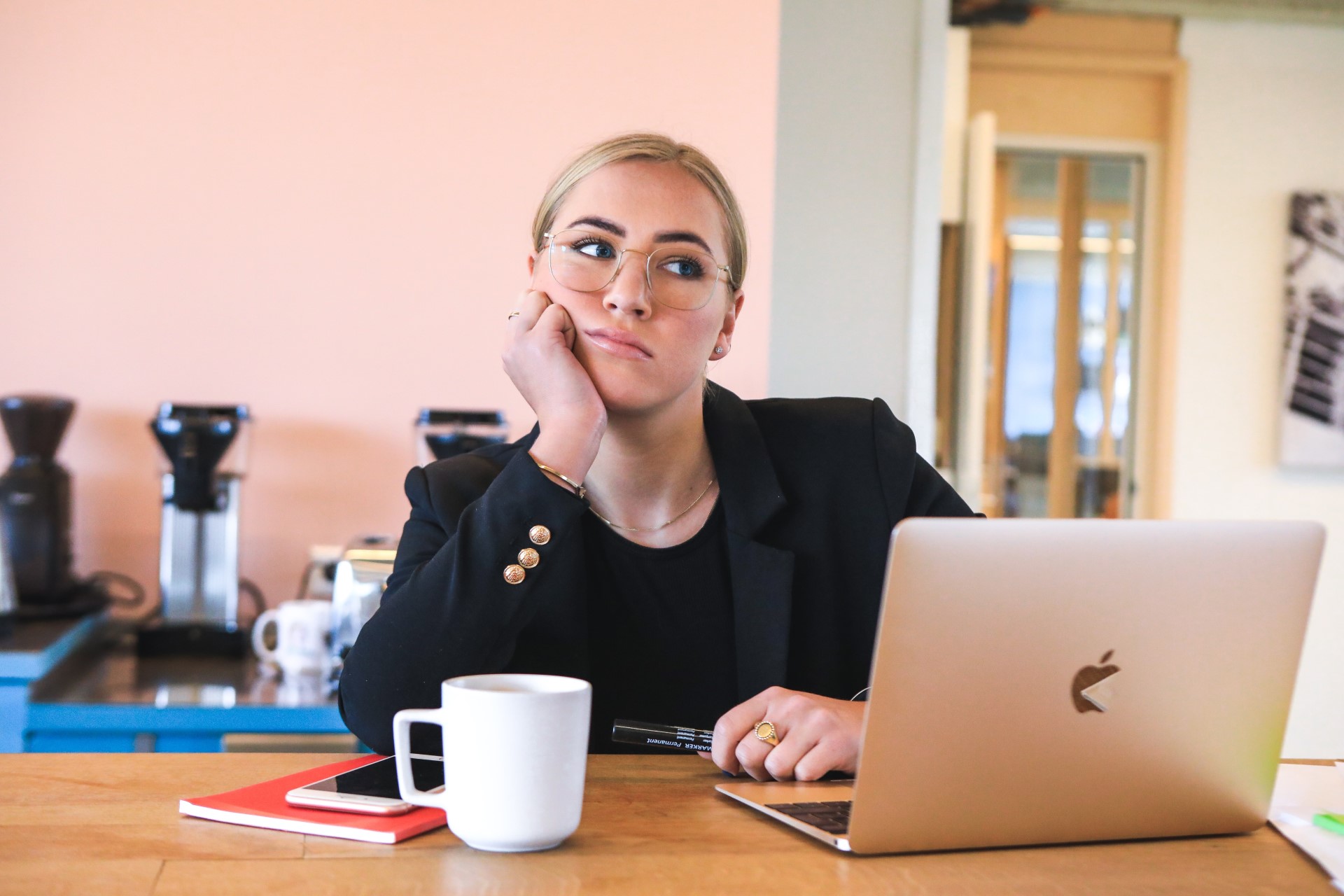 Fight Procrastination Day 2021: Just another silly made up awareness day or a genuine opportunity for self-improvement? The choice is yours...

Yes, there’s a “day” for everything now. In fact, on most days of the year there are several holidays or awareness days going on, depending on where you live or which blogs you read. Today (06 September 2021) is Fight Procrastination Day. It’s also Labor Day in the United States and it’s territories (which always falls on the first Monday of September), as well as Read A Book Day.

It’s probably fair to assume that you’re supposed to read the book after you’re done celebrating the achievements of the proletariat and fighting procrastination. More likely, nobody is coordinating these things and we’re on our own.

So, the decision is yours. Choose to take notice of the reminder that procrastination is something worth fighting, or don’t. Perhaps you don’t procrastinate? Although, you might be surprised at the varied and subtle forms this irksome little habit takes. Perhaps thinking that a day about procrastination doesn’t apply to you is the ultimate form of procrastination? Maybe you’re just putting off dealing with your habit of putting things off? 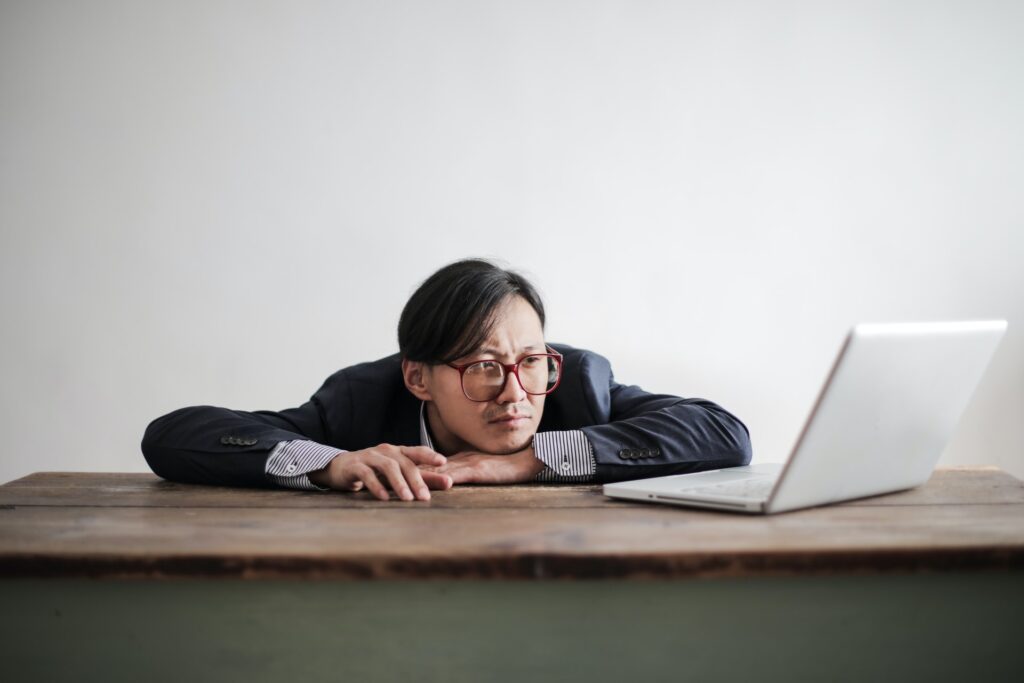 So, are you a procrastinator?

Like with most things, we probably all fall somewhere on a spectrum when it comes to procrastination. In fact, according to accountability coaches Ali Schiller and Marissa Boisvert, there are four “Procrastinator Archetypes” –  The Performer, the Self-deprecator, the Overbooker and the Novelty seeker.

In other words, we may even mix and match varying levels of all of these charcaters to create our own unique blend of procrastination. Even if it’s not one of your main “issues” (let’s be honest, we all have at least a couple), it may be worth taking a few minutes to consider if there are ways that procrastination stops you from performing to your maximum.

What are the four Procrastinator archetypes?

While you may not find these archetypes listed in The Diagnostic and Statistical Manual of Mental Disorders (AKA the “bible” of psychiatry and psychology), they can certainly be a useful tool to help you to identify habits or tendencies that may be holding you back from reaching peak productivity.

This is the person that claims to work best under pressure. No doubt, many of us do get some of our best work done when we’re under the gun. However, that doesn’t mean we’re not putting ourselves through unnecessary stress.

This archetype is also associated with perfectionism. After all, putting something off until the last minute means you have no choice but to do it quickly rather agonising over every little detail and decision.

If you’re a performer your biggest problem is not that you don’t get things done (although this probably does happen occasionally as you can’t always beat the clock), it’s always getting started at the last minute. An easy way to combat this habit is to set yourself a start date for big projects or a start time for smaller tasks. Making lists and using a calendar is extremely helpful as well! 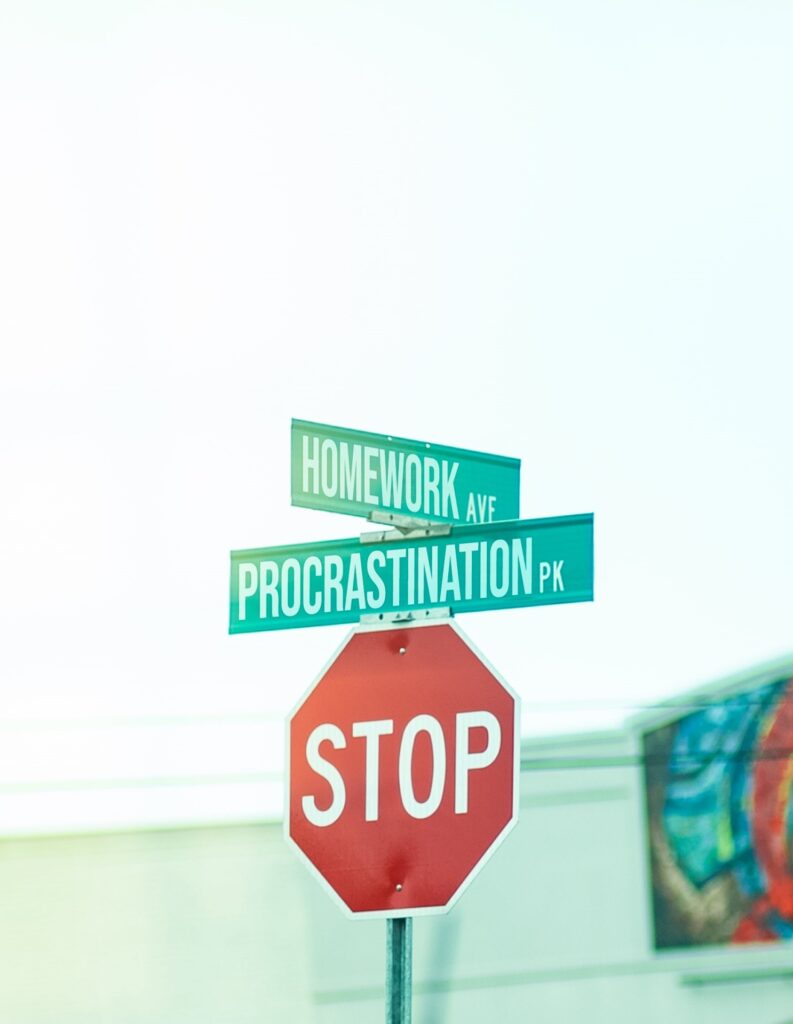 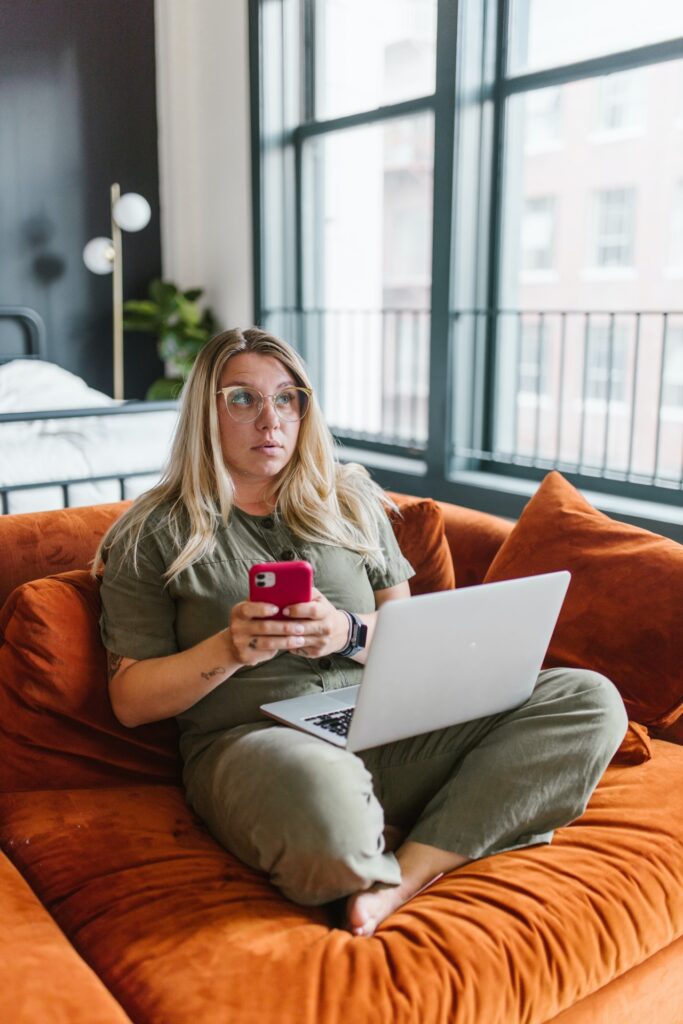 This kind of procrastinator often calls themself lazy or not capable/qualified. In fact, they’re normally the opposite of those things. These might seem like a convenient excuse, but really we’re often just denying the truth, that we’re tired or overworked.

According to Schiller and Boisvert, this kind of procrastination is most common amongst males, as we tend to believe that admitting we’re tired is a form of weakness and often struggle to admit when we’re struggling.

Easy, take a break. What’s that? You don’t have time for resting? Sounds like you’re procrastinating over something important (run down batteries always have to be recharged).

Be compassionate with yourself and make the time. Getting enough rest has consistently been linked with increases in productivity. Ultimately, putting things off in the short term (for the right reasons) can actually lead to you getting even more done in the long run.

As you may have already guessed, this procrastination archetype is centered around being “too busy” rather than classical delaying tactics or unrealistic expectations. But let’s be honest, who of us isn’t busy? If you have a job, a family and a hobby or two (so basically all of us), then it’s highly likely you’re up to your eyeballs most days.

It’s when being busy becomes an excuse for avoiding tasks that it becomes a form of procrastination. If you often find yourself saying that you have more important things to do or that there aren’t enough hours in the day, you’re probably procrastinating.

Often, overbookers aren’t even avoiding actual tasks. It’s often more a case of putting off having an important conversation, exercising or even dealing with their feelings about something. In that sense, best way to overcome this kind of procrastination is to do a little introspection. Is there something you’re avoiding? If so, why? Remember, simply believing that something doesn’t exist or can be put off indefinitely doesn’t make it true. 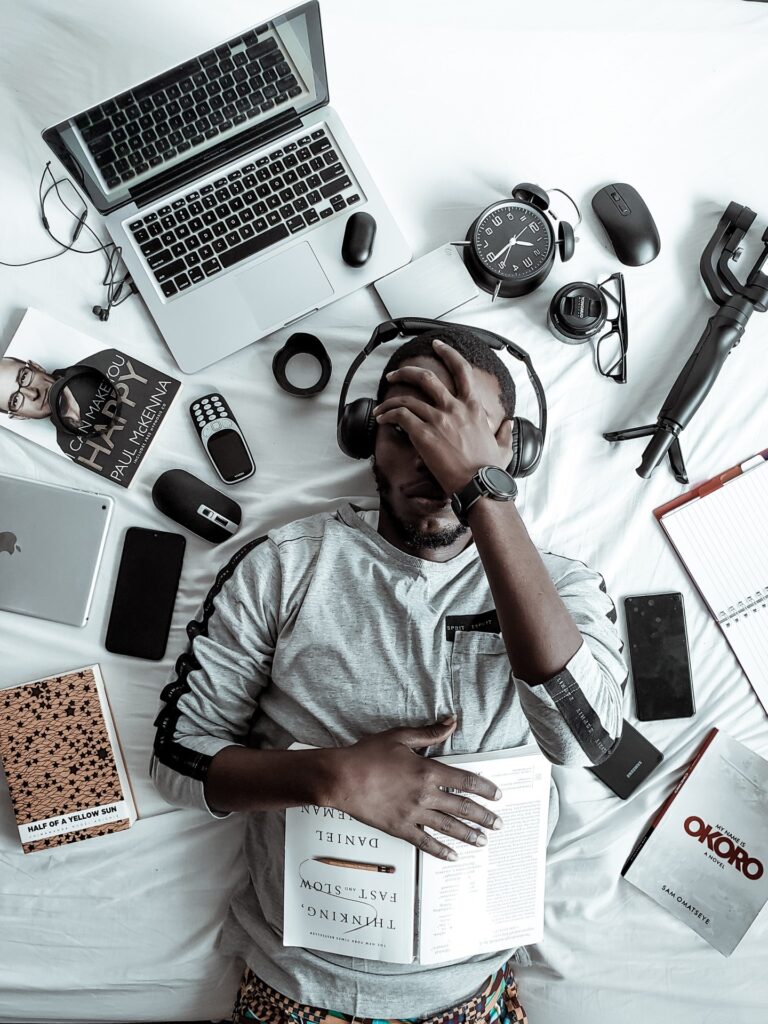 Ever heard of shiny object syndrome? As the name suggests, it’s the tendency to always chase the latest and greatest. This is often a sign of intelligence and an attribute shared by many successful entrepreneurs. However, it can also be a form of procrastination.

While we all evolved to get excited about novelty (it’s how we learn – just watch how babies and children are constantly looking for new things to explore), jumping from one task or project to the next without seeing the previous one(s) through to completion might be a sign that you’re kicking the can.

Forbid yourself from starting a new project while you still have one or more other things on the go. You can assist yourself further by using sticky notes or some other form of physical reminder that you can put up in your office or around your home to help you hold yourself accountable.

The above archetypes are a useful tool for analysing if and how you are decreasing your productivity by putting things off and making excuses. They even offer some useful ideas for how to fight procrastination. However, what they don’t do is provide any real-world support in your battle against dilly-dallying. They rely totally on you improving your self-discipline or becoming more conscious of your behaviour, which, let’s be honest, are the problems in the first place.

The most pervasive promoter of procrastination around today must surely be digital distraction. Checking your phone every few minutes or wasting valuable work time on gaming may be a sign of tech addiction, yet it’s just as likely that you’re using it as strategy to avoid getting things done. Fortunately, there’s an app for that. In fact, there are actually many focus apps and programs out there that claim to help you improve your productivity by limiting digital distractions. The truth is, most of them are easy to ignore or get around. Not FocusMe.

It’s simple, really. Unlike other focus apps that simply encourage you to concentrate or use easy-to-beat mechanisms to lock you out, FocusMe employs powerful code that forces you to stay within the digital boundaries you set for yourself. As a programmer who could easily wiggle my way out of any and all productivity apps available (paid or not), I decided to build the real thing. The result: The most powerful digital focus tool available today.

If you’re serious about beating digital distractions and improving your productivity, look no further. Don’t take my word for it though. Check out third-party reviews by our many satisfied users to see what FocusMe can do for you. When you’re ready to get serious, simply click the big shiny button below! 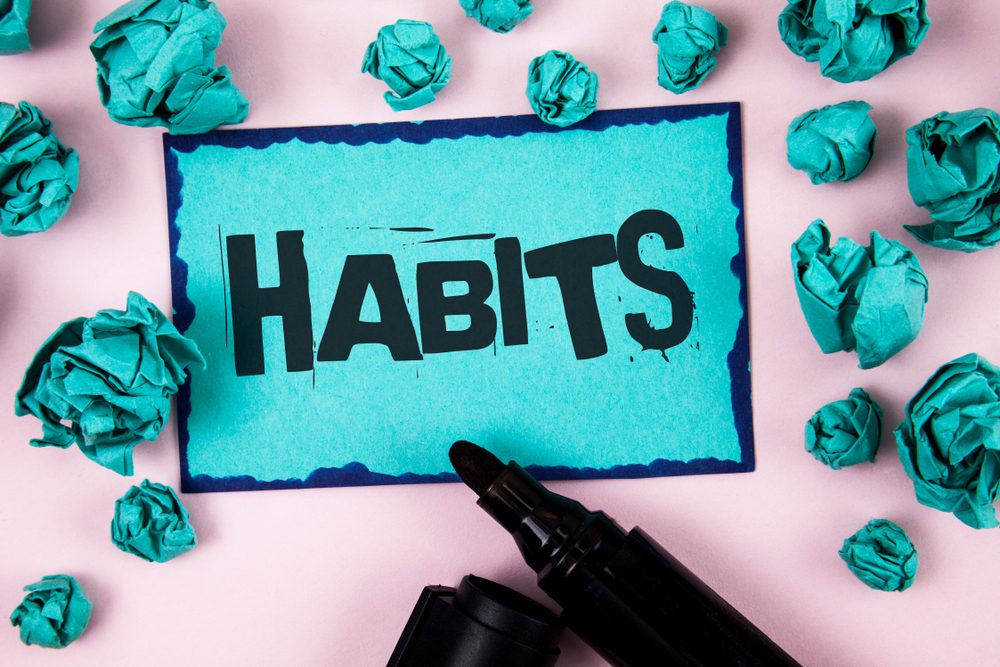 The Big Guide To Building Strong And Powerful Habits 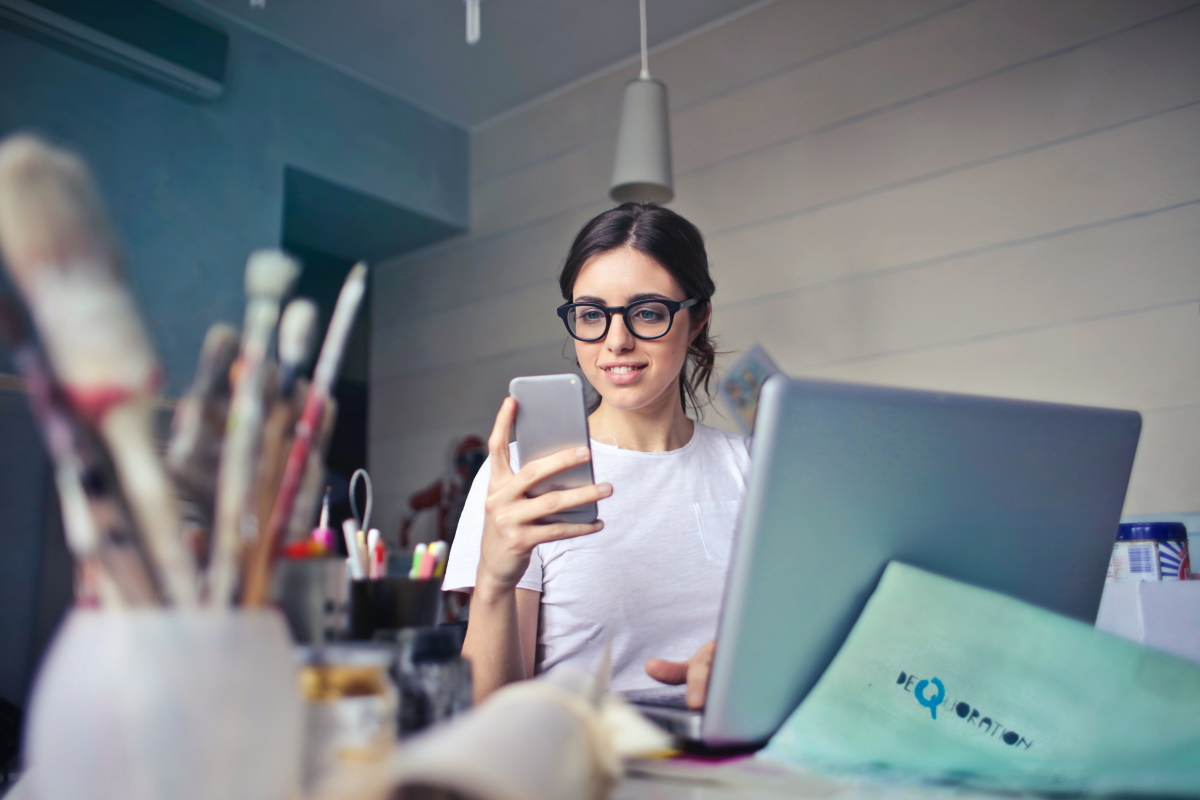 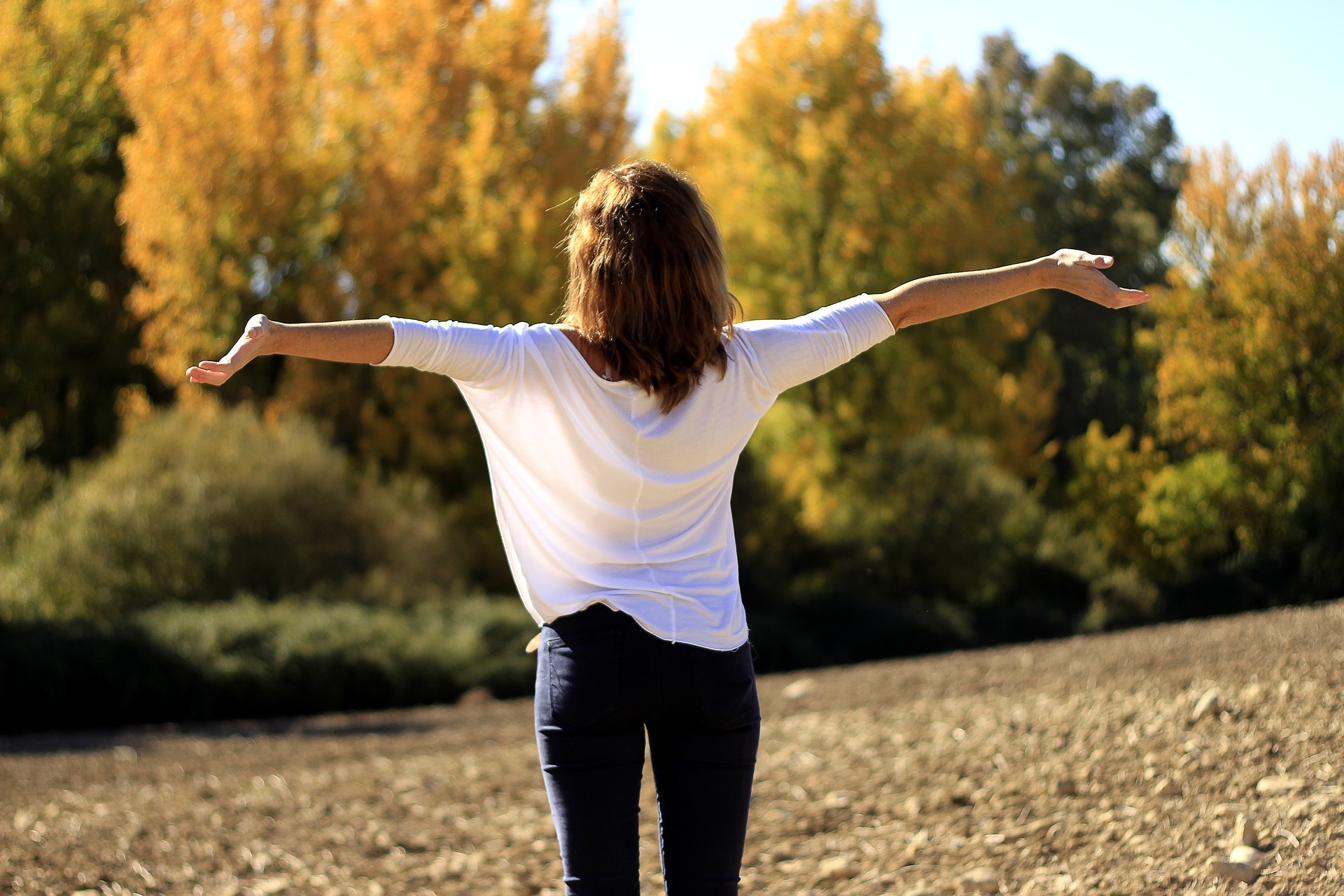 Amazing Breathing Techniques For Everyday Use

We use cookies on our website to give you the most relevant experience by remembering your preferences and repeat visits. By clicking “Accept All”, you consent to the use of ALL the cookies. However, you may visit "Cookie Settings" to provide a controlled consent. Read More
Cookie SettingsAccept AllReject All
Manage consent

This website uses cookies to improve your experience while you navigate through the website. Out of these, the cookies that are categorized as necessary are stored on your browser as they are essential for the working of basic functionalities of the website. We also use third-party cookies that help us analyze and understand how you use this website. These cookies will be stored in your browser only with your consent. You also have the option to opt-out of these cookies. But opting out of some of these cookies may affect your browsing experience.
Necessary Always Enabled
Necessary cookies are absolutely essential for the website to function properly. These cookies ensure basic functionalities and security features of the website, anonymously.
Functional
Functional cookies help to perform certain functionalities like sharing the content of the website on social media platforms, collect feedbacks, and other third-party features.
Performance
Performance cookies are used to understand and analyze the key performance indexes of the website which helps in delivering a better user experience for the visitors.
Analytics
Analytical cookies are used to understand how visitors interact with the website. These cookies help provide information on metrics the number of visitors, bounce rate, traffic source, etc.
Advertisement
Advertisement cookies are used to provide visitors with relevant ads and marketing campaigns. These cookies track visitors across websites and collect information to provide customized ads.
Others
Other uncategorized cookies are those that are being analyzed and have not been classified into a category as yet.
SAVE & ACCEPT
Powered by