Focus, Your Key to Success 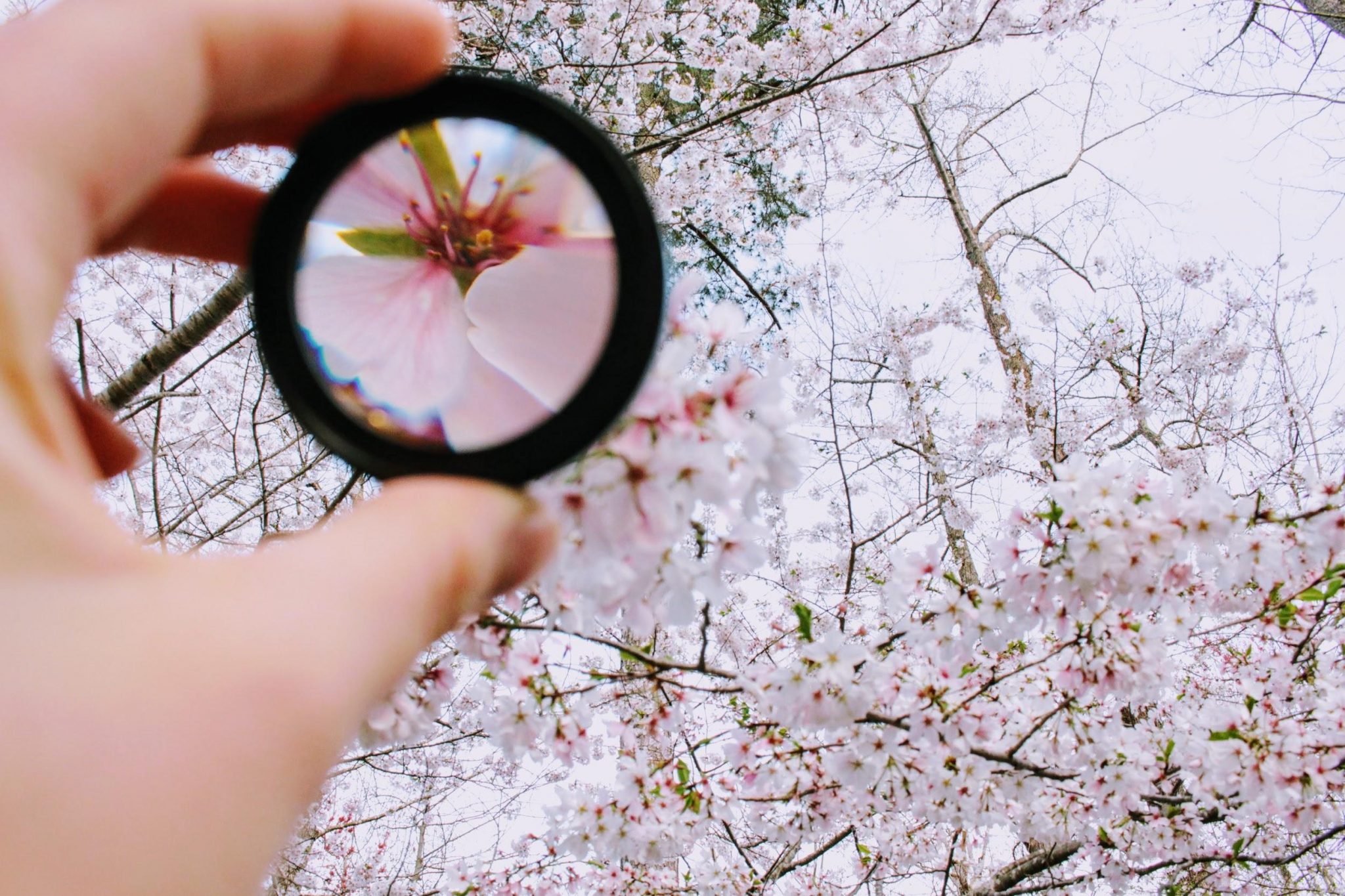 Once upon a time…

Bill Gates and Warren Buffett, arguably two of the most successful men alive, met for the very first time about 30 years ago. At first, Buffett didn’t care much for meeting the Microsoft CEO. While they were both loaded with money, they were two different people, doing two very different things. Even Gates didn’t really understand what he had to gain by talking to a guy who basically spent his time picking stocks, and Buffett in turn wasn’t exactly a technology geek.

But surprisingly, the two billionaires quickly hit it off.

At one point during dinner, Gates’ mother, who was playing host, asked everybody at the table to write down what they thought was the most important factor in their success.

It turned out that Bill and Warren each wrote down the same answer: focus.

Obviously, it’s hard to disagree with that when two of the wealthiest men on the planet say it.

This event started a close friendship that lasts to this day. Supposingly, Gates and Buffett even have each other on speed dial. It seems that focus brings people together. 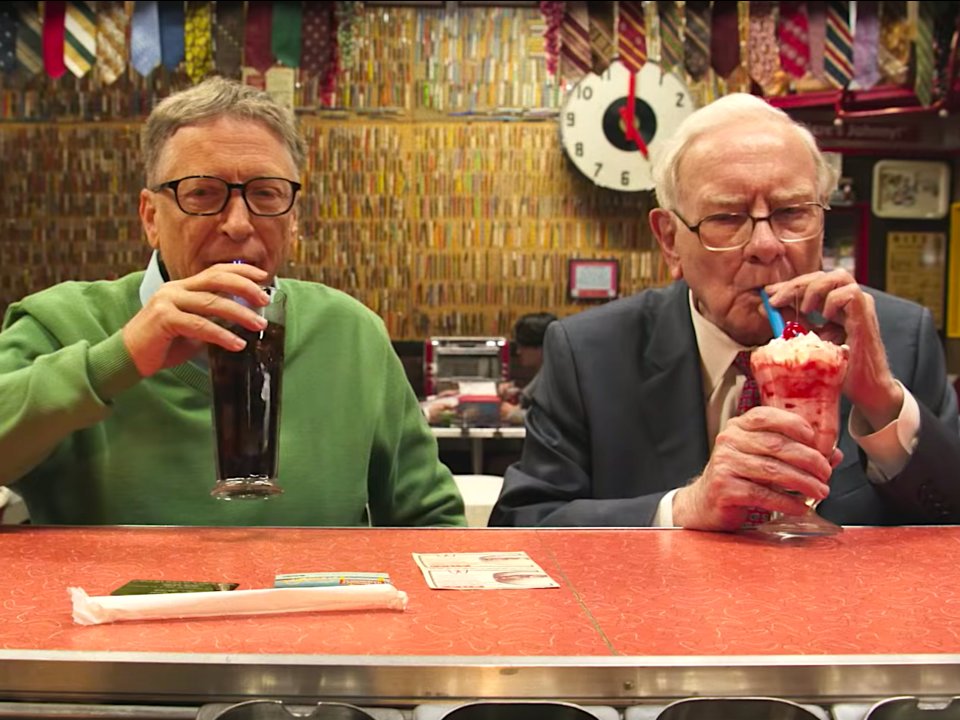 With focus, you can achieve anything

Focus is important, let this be clear. When you allow yourself to be distracted all the time and don’t have a clear, singular goal, you’ll waste a lot of precious time, and time is your most limited and important resource. You can always earn more money, but you can’t earn more time. At best, you might be able to save some.

Let’s talk about a few ways you can implement focus and make it work for you.

A. Create a specific goal for yourself

Imagine that you’re on the road, driving around. At first, you’re driving on these small village roads, where you’re only allowed to drive 50 km/h. You think you’re going way too slow, so you decide to head over to the highway, where you can drive more than two times as fast.

You need a destination, a place you want to reach. A goal. Now, maybe you have multiple goals, and that’s fine, but it’s kind of difficult to drive to different destinations at the same time.

You can reach all of those goals. Just not all at the same time.

On a side note, you’ll also want to set milestones. Those allow you to stay on the right path, and help you make sure that you’re making steady and measurable progress.

If you want to write a novel, for example, you’re not just going to say: I will write a novel. That’s a vague goal, and one that’s hard to measure, unless you plan on writing it in one setting. You’re going to have to create an outline, think of characters and provide backstories, and set a daily word target, to make sure you cover a good amount of distance every day and ensure you stay on the right path.

For example, let’s take sports. In every sport, if you want to become good at it, you have to do what’s called sports-specific training.

If you want to become a great boxer, you’re going to have to hit the punching bags, the speed bags, and spar a lot. You don’t become a good fighter by reading books about boxing. At the same time, lifting weights for example has very little effect on your ability to throw stronger punches.

If you want to hit bullseye, throw more darts.

To a degree, you’ll be able to exert more force because you have more muscle mass, but strength is also of a neurological origin to a large degree: by creating new brain circuits, your body becomes more efficient at performing a certain movement which over time allows you to lift more. But science has shown that this type strength does not transfer very well to other movements.

Doing bench presses hardly makes you any better at throwing harder punches. Especially if we take out the factor of increased mass, and then there are still weight classes to take into account, which kind of nullifies the advantage you’d have by increasing your muscle mass.

Only by doing so called sports-specific training will you become better at a certain sport.

This principle accounts for many disciplines, skills and activities. It’s not just limited to sports. Your business will not grow exponentially by getting a nicer-looking website. It’s only by getting more leads and providing a better quality service or product that you will really contribute to your success.

If you want to achieve your goals, you have to focus on doing the right things and do them well.

C. Get rid of distractions

Our brain can be our greatest ally, or our greatest enemy. On the one hand we can use it to plan and create strategies to succeed. On the other hand, it tends to be quite proactive in sabotaging our efforts, by allowing us to become easily distracted and creating a desire to procrastinate.

Especially in today’s world, in which we’re surrounded by TV’s, computers, smartphones and endless sources of entertainment, it’s hard to keep your attention to the task at hand. Our brain is very lazy and does not like conscious effort very much. Our monkey mind likes quick fixes of dopamine and shiny things, and not the focused yet extremely boring grind that is ultimately the key to succeeding in our life’s goals. 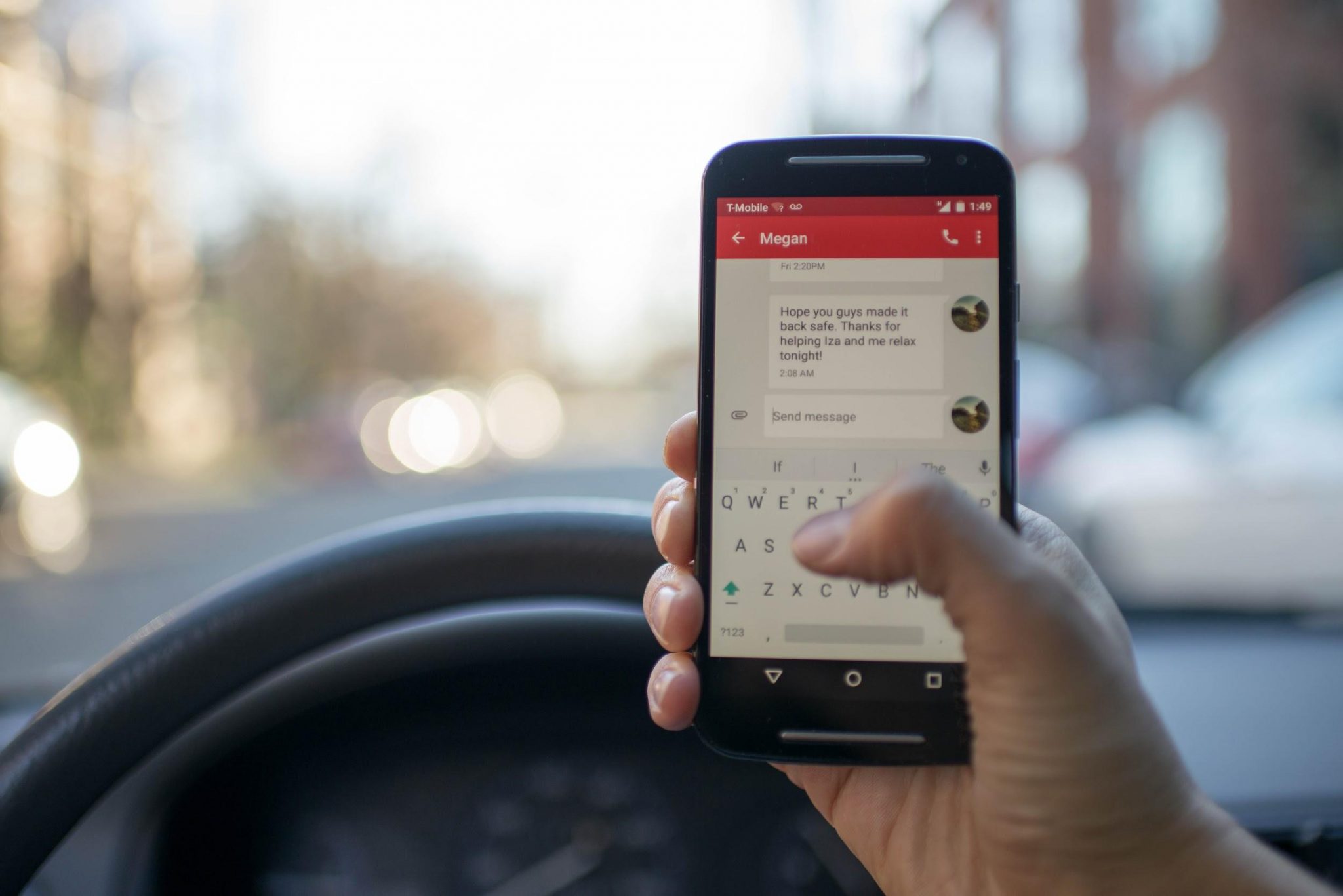 Playing with your phone doesn’t only impede your driving skills. It messes with ANY skill.

To come up with a solution for this problem, we need to understand how our brain works. For one, thinking that you’ll be disciplined enough to ignore the countless distractions around you is plain wrong and will lead to certain failure. You only have so much willpower, and after a while, you’ll run out of it. Up to a certain point, you can train your willpower, but this only goes so far. This is also why you need to create habits that automate your behaviour.

All in all, it’s a much better idea to simply get rid of all distractions. Don’t work with your smartphone within arm’s length. Get away as far as possible from your TV and video console as possible. And if you have to use a computer, make sure it’s impossible for you to get on social media (preferably delete your Facebook account) and YouTube (insert shameless advertising for FocusMe), and don’t work on a laptop that has Steam installed. The alternative is a recipe for failure.

The essence here is that you shouldn’t try to fight your brain. Instead, work with it, and work around it.

The dark side of focus

While focus is important, there is a dark side to it. Focus, when done wrong, can absolutely sabotage our efforts.

A good example is Kodak. Remember Kodak? Kodak used to be synonymous for photography. At one point in time, the company controlled 90 % of the market share.

They were the leaders in their field. They seemed to be an unbeatable giant. And today they’re out of business.

So what happened? What caused this giant to fall? 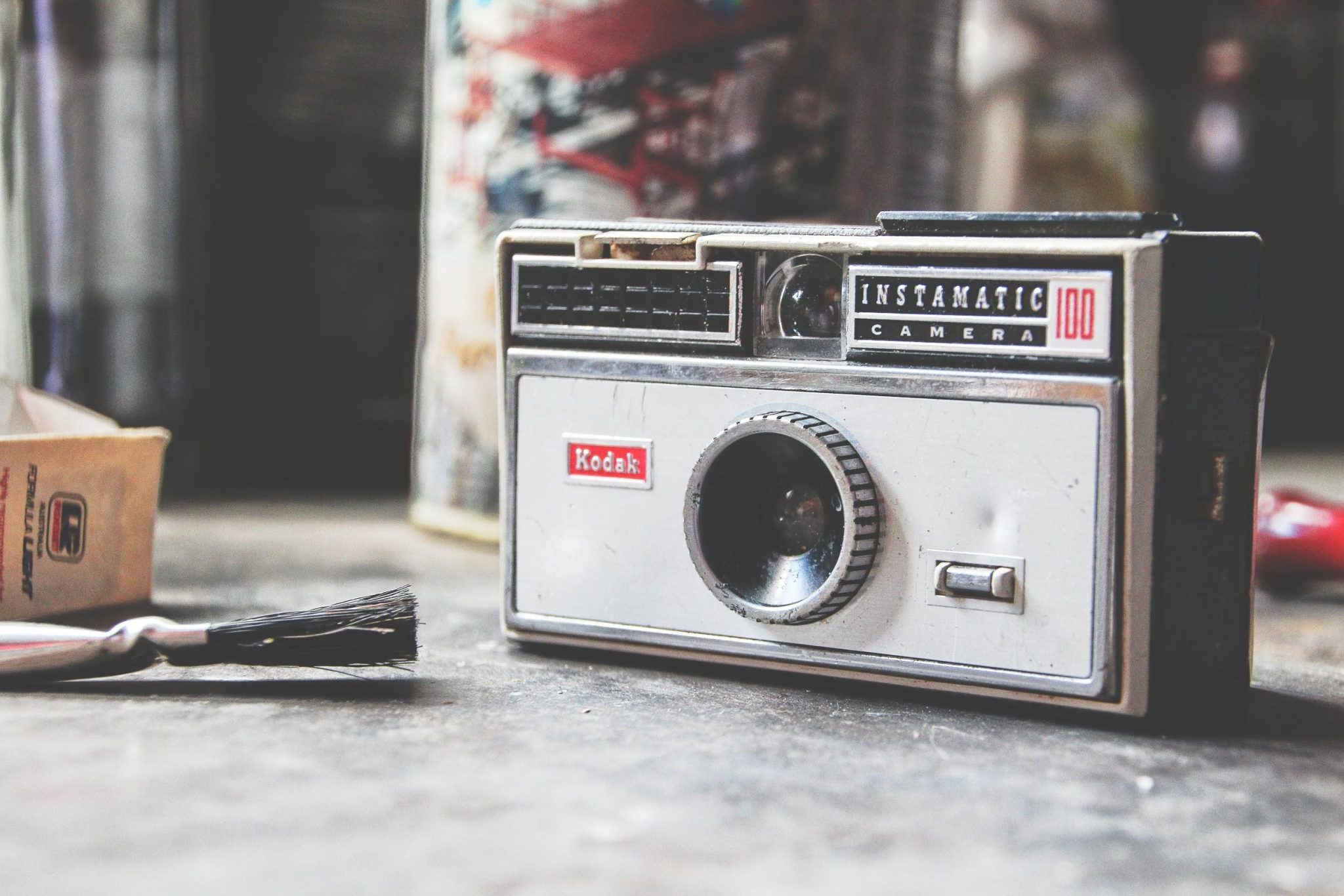 A close up-shot can make you blind to the world around you.

Their one big and fatal mistake was that they were too focused. Kodak believed that their strength was their brand and their marketing. Classic film was what made them great, and they believed that it should remain their core business. So they focused on that.

Although Kodak invented the first digital camera, going as far back as the year 1975, they hesitated in going all-in on the digital market, and decided to stick with their original focus.

As it turned out, that mistake cost them dearly, and they completely missed the digital train.

The lesson we can learn from this is that it’s good to take a break, take a look around and see what’s happening. Make note of what you’re doing. Is it still the right thing?

Being myopically focused on a goal without being aware of your surroundings could spell disaster.

To summarize, be focused, but don’t be Kodak.

Some final words of wisdom

It’s clear that having focus, a clear goal and an effective way to get there is the key if you want to accomplish anything. At the same time, a certain danger lurks within excessive and obsessive focus. Focus is like the Force from Star Wars: it can be used for good when used with restraint, or it can plunge you into darkness if you let it overtake you.

It’s up to you to gain the wisdom to distinguish the Light Side from the Dark Side.

Stay focused, and until next time, 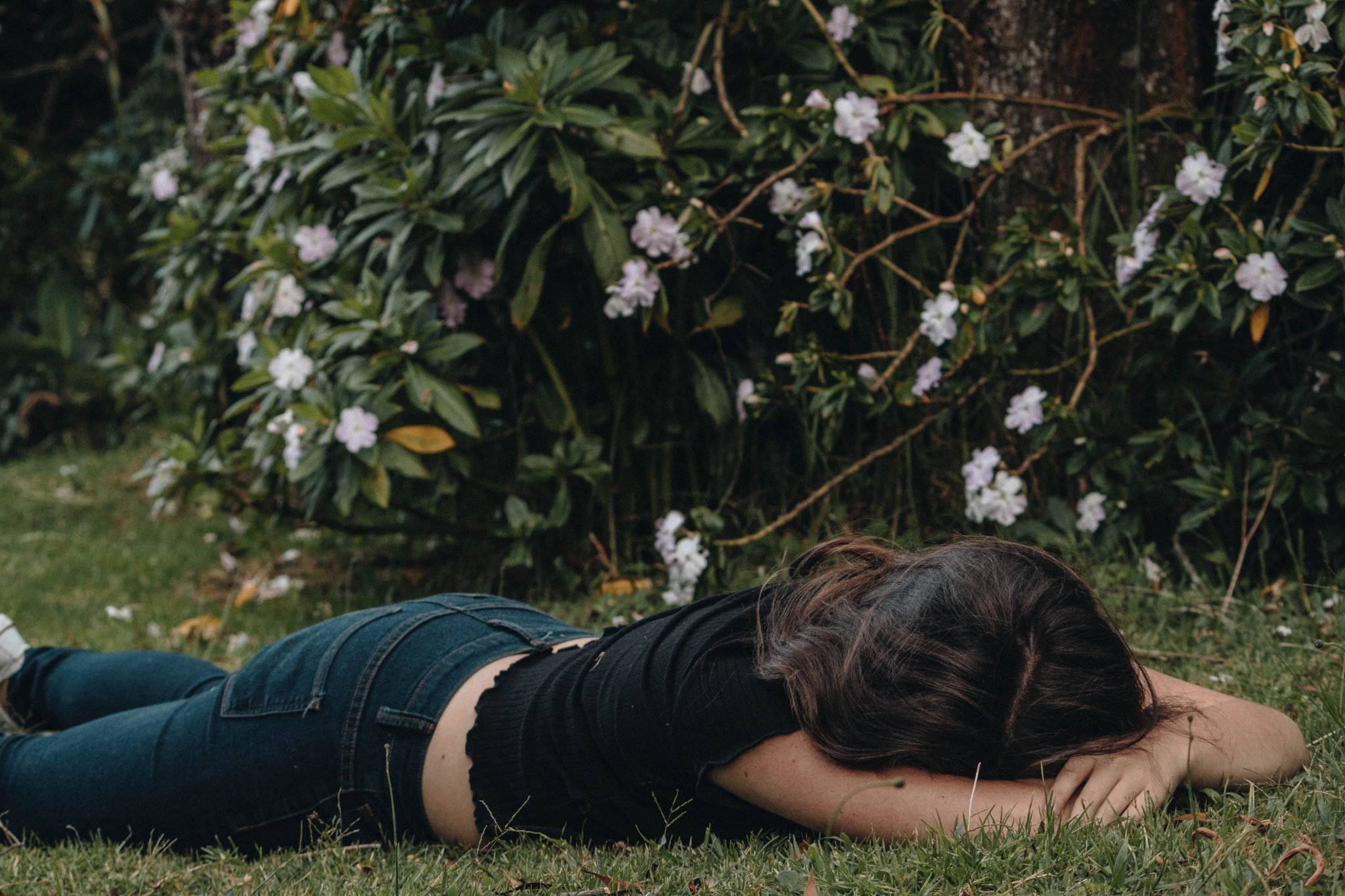 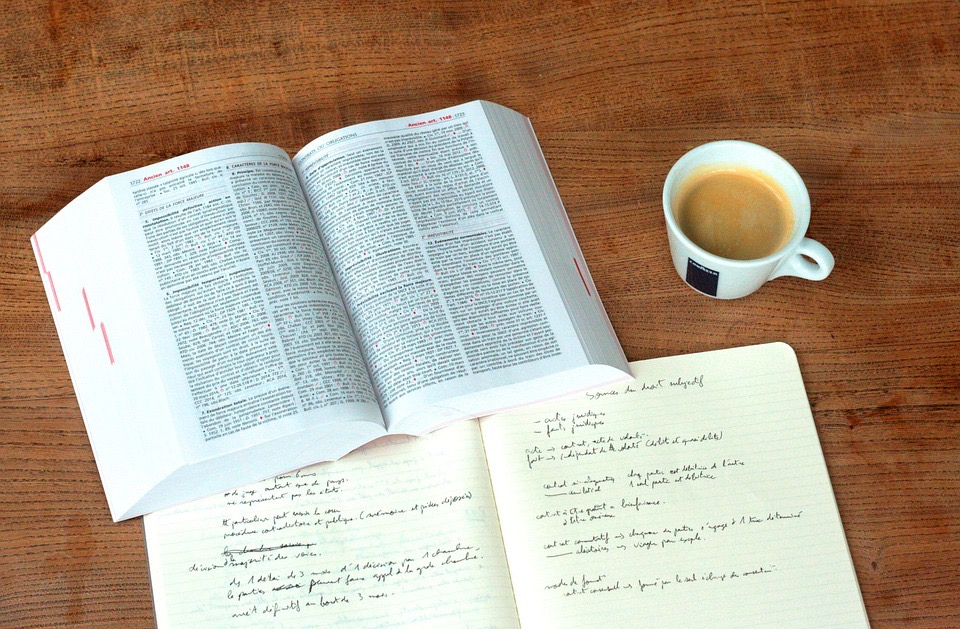 How to Study Quickly and Efficiently for Your Exams

We use cookies on our website to give you the most relevant experience by remembering your preferences and repeat visits. By clicking “Accept All”, you consent to the use of ALL the cookies. However, you may visit "Cookie Settings" to provide a controlled consent. Read More
Cookie SettingsAccept AllReject All
Manage consent

This website uses cookies to improve your experience while you navigate through the website. Out of these, the cookies that are categorized as necessary are stored on your browser as they are essential for the working of basic functionalities of the website. We also use third-party cookies that help us analyze and understand how you use this website. These cookies will be stored in your browser only with your consent. You also have the option to opt-out of these cookies. But opting out of some of these cookies may affect your browsing experience.
Necessary Always Enabled
Necessary cookies are absolutely essential for the website to function properly. These cookies ensure basic functionalities and security features of the website, anonymously.
Functional
Functional cookies help to perform certain functionalities like sharing the content of the website on social media platforms, collect feedbacks, and other third-party features.
Performance
Performance cookies are used to understand and analyze the key performance indexes of the website which helps in delivering a better user experience for the visitors.
Analytics
Analytical cookies are used to understand how visitors interact with the website. These cookies help provide information on metrics the number of visitors, bounce rate, traffic source, etc.
Advertisement
Advertisement cookies are used to provide visitors with relevant ads and marketing campaigns. These cookies track visitors across websites and collect information to provide customized ads.
Others
Other uncategorized cookies are those that are being analyzed and have not been classified into a category as yet.
SAVE & ACCEPT
Powered by